There is so much to cover when it comes to make a multilingual WordPress site, that I have tried to summarize the basics in a series of three articles.

I’m hoping this series will help you to get a basic understanding of what it takes to start a multilanguage WordPress site and have the confidence to get started.

Although WordPress displays in U.S. English by default, the software is easy to localize and translate and can be used to make websites in any language.

The WordPress community has translated WordPress into many languages, and there are themes, plugins and support available in other languages. You can check out the translations in this link: https://translate.wordpress.org/languages.

Currently, WordPress is translated into over 80 languages, with different variants of each. Some examples:

These are the steps:

1. Install your language from the WordPress dashboard

Since WordPress 4.1 you can install new languages (and change your website language) from the WordPress dashboard. It’s very easy.

You don’t need to modify WPLANG in wp-config.php file (which has disappeared). All you have to do is go to Settings > General > Site Language, and install a new language.

This way you can install WordPress core language on the fly. Note that the language drop down includes installed languages and available translations. 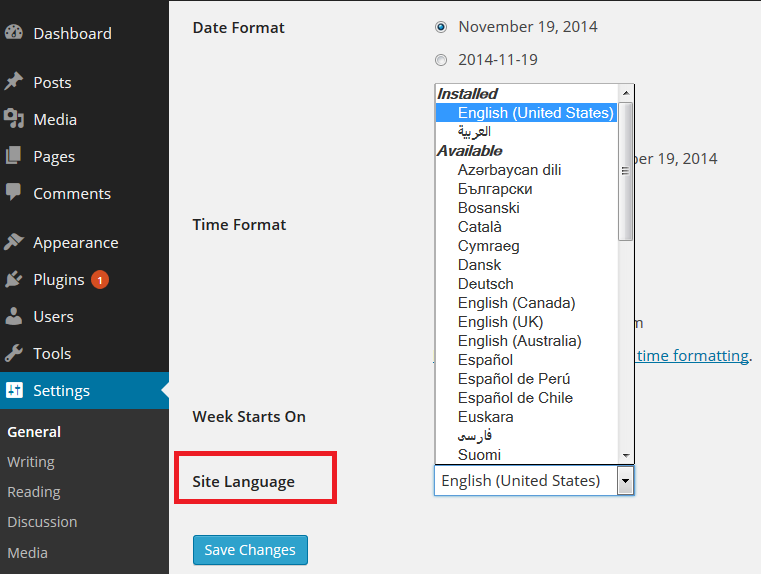 You can find core language files in the WordPress language directory: 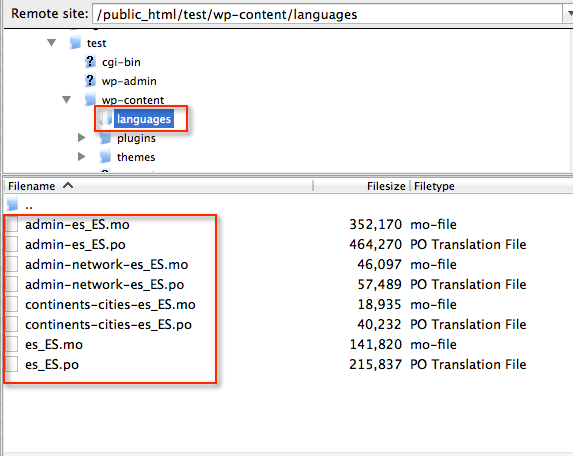 WordPress core translations have been made by the WordPress community. You can contribute to improve translations in your language using GlotPress platform. You need to sign in to your WordPress.org account. If you haven’t an account, you can register a username.

But if you want to customize the texts or maybe use a less formal language for your website, you’ll need to use Poedit software to modify translations (see chapter 2 of this series).

2. Install a WordPress theme translated into your language

There are WordPress core language files and theme/plugins language files. Not many WordPress themes come with translations into other languages, but most of them are “translation ready” which means that you can translate it to your language using Poedit, Loco Translate or Codestyling Localization (see chapter 2)

How do I know what themes are translated into my language? You’ll have to check the features before installing it. Aspects to consider when choosing a theme: 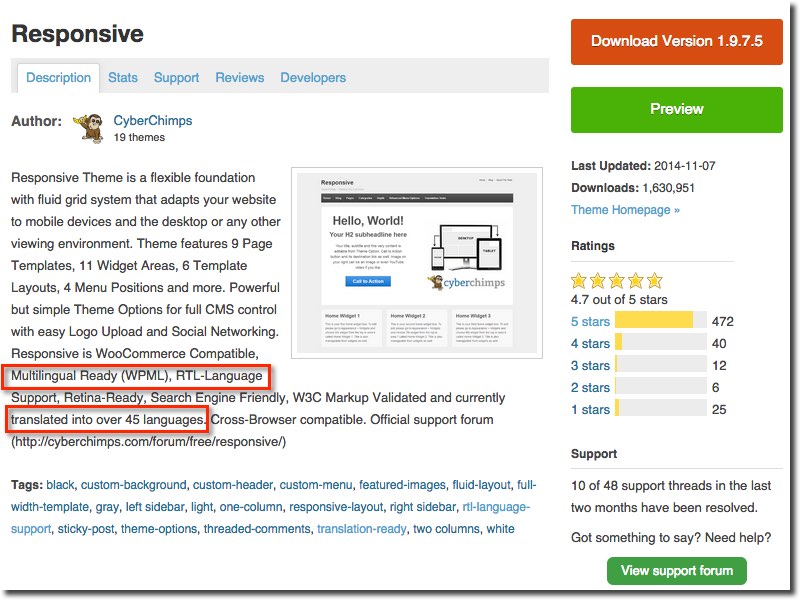 Not many premium themes come with translations. Please, if you know other premium themes translated into different languages let me know and I will add them to this list:

More info about multilingual themes: A Guide to Choosing a Multilingual WordPress Theme

3. Install WordPress plugins in your language 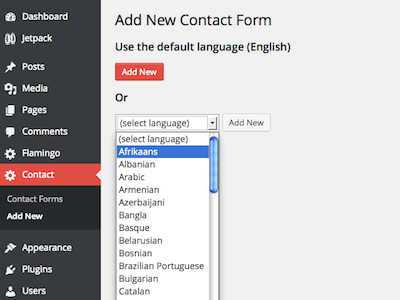 Another step is using multilingual plugins. As happens with WordPress themes, not all plugins are translated into other languages or are “translation ready”.

The WordPress plugin directory does not allow you to search for plugins that have been translated, so if you want to use a free plugin it’s best to check before the plugin’s features list to see if it is translated into your language or at least is “translation ready”. You can also contact the developer for more information.

Using multilingual plugins is particularly important in the case of plugins that display text on the front-end of your WordPress site: contact forms, sliders, widgets, etc.

You can find language files of your plugins in this directory 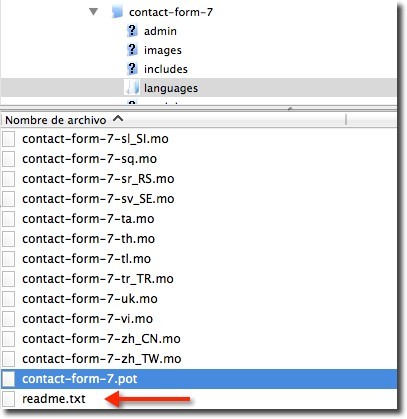 4. Create contents in your language

The last step is the easiest. Just create your contents (posts, pages, categories, slugs, menus, widgets etc) in your language. This step only depends on you. 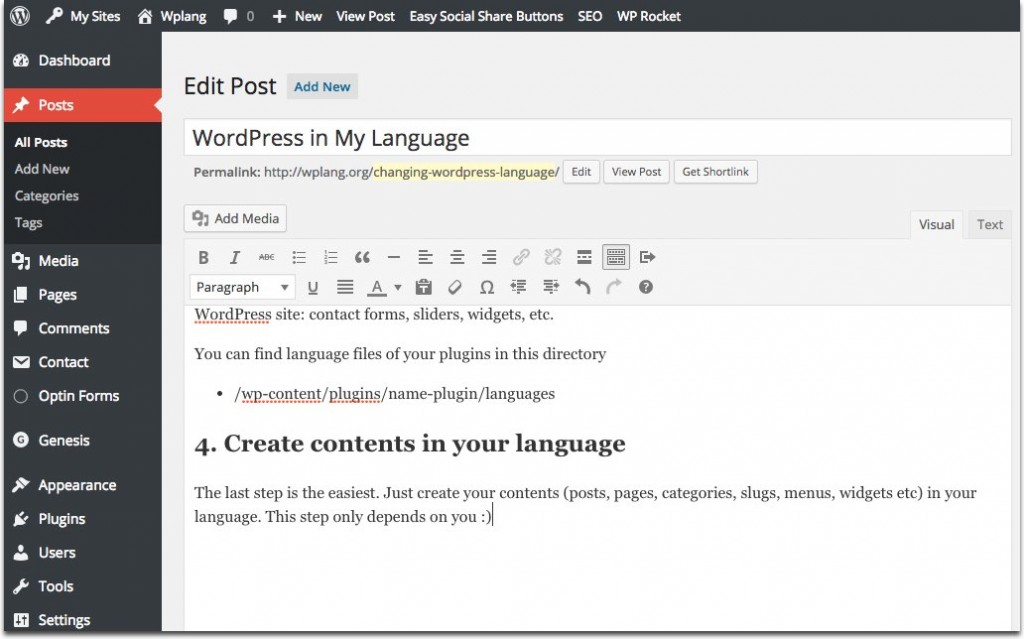 Do you also want to translate your website into other languages? Then go to chapter 3 to find the different options.